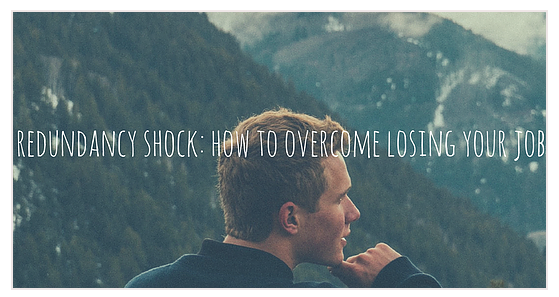 Last month we spoke about how people can work with anyone, regardless of core emotional traits. I wanted to emphasise that just because you might be a cool headed person at work doesn’t mean you can’t get along well with a competitive, demanding and strong-willed person. By switching on the conscious part of our minds we can learn to overcome any natural biases we pick up when first meeting our co-workers. It was quite a popular article here on the Abacus blog (click here to read it) so I’ve been keen to expand on the topic of overcoming workplace challenges through conscientious thought.

In today’s economy, becoming jobless can happen unexpectedly. Sure, people lose their jobs due to carelessness, indifference or even malicious behaviour, but most people find themselves back on the market because of redundancy. Our jobs are totally dependent upon the ebbs and flows of the global economy. Sadly we can’t control that variable (as much as the logical thinkers of the world would like to argue) but we can control how we respond to such a setback through understanding of A) who we are personality wise and B) how our type typically responds in such a situation. I’ve been writing quite extensively lately on Myers-Briggs personality testing as an effective method of answering part A. With 16 personalities grouped into 4 overarching categories (Analysts, Diplomats, Sentinels and Explorers) each responds differently to being laid-off. If you don’t know your type click here to take the free test. If you already know your Myers-Briggs personality then read on!

Let’s start with the Analysts. These are the personalities on a constant quest for knowledge and are known for their fierce logical thinking. If you’re one of the four analyst personalities then you’ll probably feel more confused than anything when the boss tells you, that your services are no longer required. For starters, you’re probably one of the most capable in your team so you’ll struggle to figure out why you and not someone else was laid off. Because everything has to make logical sense Analysts waste a great amount of time trying to overthink losing their job. While the process of self-analysis can uncover intriguing new discoveries about yourself try not to dwell on it too long. Just letting go and moving on is the best situation. This can be easier said than done but one way people typically do this is by looking ahead to the next challenge and trying to problem solve how they will get from unemployment to that new position (something analysts are quite good at doing).

Moving onto the Sentinels, those conscientious, hardworking, loyal types who make up a sizeable majority of the human population. If you are a Sentinel chances are you’re quite invested in your current job, are very loyal and expect loyalty in return. Due to this it might feel like a betrayal if your manager decides you’re no longer needed around the office. Where analysts convert shock into confusion, Sentinels convert that redundancy shock into disappointment. They’ll feel burned and perhaps a little apprehensive about making the same mistakes, but unlike their more feeling Diplomat co-workers, they won’t dwell on it for too long, instead opting to pound the pavement and look for another opportunity (no matter how menial). I’ve seen many Sentinel accountants opt for short term contract roles which might be a bit of a downgrade both in terms of salary and job rather than just stick to their guns and aim for a full-time job those sentinel types who are more emotive than others are likely to feel that sense of betrayal more. Just knowing how your brain will react to redundancy shock in this situation can be a good first step in rationalising your way out of it. Regardless of whether you are a emotive or intuitive sentinel, the way forward is by focusing on future opportunities and the next step in your career.

Since most accountants would likely fall into the Analyst/Sentinel grouping, I have decided to focus quite heavily on them in this article but the Diplomats and Explorers will not be without some love. If you’re a Diplomat you won’t find yourself on the same wavelength as co-workers/management due to your thoughtfulness and idealism. This can conflict strongly with the world view of Analysts and Sentinels who take a more logical, precise and structured approach to workplace problems. Diplomats are similar to Analysts in that they invest heavily in their job but differ because they convert redundancy shock into an almost melancholic depression arising from loss of social contact with co-workers. If this is you then your life will feel turned upside down and you’ll struggle with trying to understand what all went wrong for a long period of time. If you let this continue for long it can cripple your career, particularly in accounting and finance where unexplained gaps in your resume will have employers asking more questions than they probably should about your candidacy. The way forward for Diplomats is not to deny your feelings but to take a more practical approach. Mourn your job loss but treat it as an opportunity to discover something new and exciting about yourself.

Lastly, the Explorers, those carefree individualists who are more likely to question why they were even in the role in the first place rather than dwell on what all went wrong. Explorers convert redundancy shock into self-esteem loss which can bring up painfully suppressed memories of past experiences (perhaps of high school or university or personal family situation). Despite this, if you are an Explorer you can smile because your type is best suited to dealing with being laid-off. You’ll recover quite quickly provided you can get past any insecurities that might be holding you back. Again, the trick is being conscientious and identifying what those insecurities are, how they affect you and what steps you can take to overcome them. If the issue is being laid-off reminds you of not being selected for the high school football team then maybe it’s time to confront your past and make peace with it.

So where does all this leave you? Consider your position on the Myers-Briggs personality matrix and know what makes you tick. Every one of the 4 core groups has serious problems to overcome so the name of the game is working to overcome your particular problem not trying to be another personality type that you’re not and failing to get anywhere.

If you are an Accounting/Finance Professional interested in exploring new opportunities in the Brisbane market we’d love to hear from you on (07) 3135 9780. I also encourage you to join our private LinkedIn network Accounting & Finance Professionals in Brisbane (click here). As you probably are aware we do move quite quickly on the roles we recruit for so it pays to stay ahead of the competition. Our group is an exclusive community I am building up for Finance Professionals in Brisbane who want to share job search opportunities, industry news, blogs and other content. You’ll also have an opportunity to network with each other. You might even come across some people you have worked with in the past!